The recorded history of Manchester began with the civilian settlement associated with the Roman fort of Mamucium, which was established in c. 79 AD on a sandstone bluff near the confluence of the rivers Medlock and Irwell. Historically, most of the city was a part of Lancashire, although areas south of the River Mersey were in Cheshire. Throughout the Middle Ages Manchester remained a manorial township, but it began to expand "at an astonishing rate" around the turn of the 19th century. Manchester's unplanned urbanisation was brought on by a boom in textile manufacture during the Industrial Revolution, and resulted in it becoming the world's first industrialised city. An early-19th-century factory building boom transformed Manchester from a township into a major mill town and borough that was granted city status in 1853. In 1877, the Manchester Town Hall was built and in 1894 the Manchester Ship Canal was opened, creating the Port of Manchester.

The city is notable for its architecture, culture, music scene, media links, scientific and engineering output, social impact and sporting connections. Manchester's sports clubs include Premier League football teams, Manchester City and Manchester United.[9] Manchester was the site of the world's first railway station, and the place where scientists first split the atom and developed the first stored-program computer. Manchester is served by two universities, including the largest single-site university in the UK, and has the country's third largest urban economy. Manchester is also the third-most visited city in the UK by foreign visitors, after London and Edinburgh, and the most visited in England outside London. 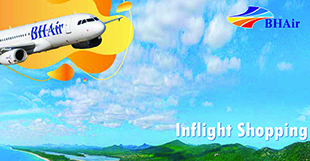